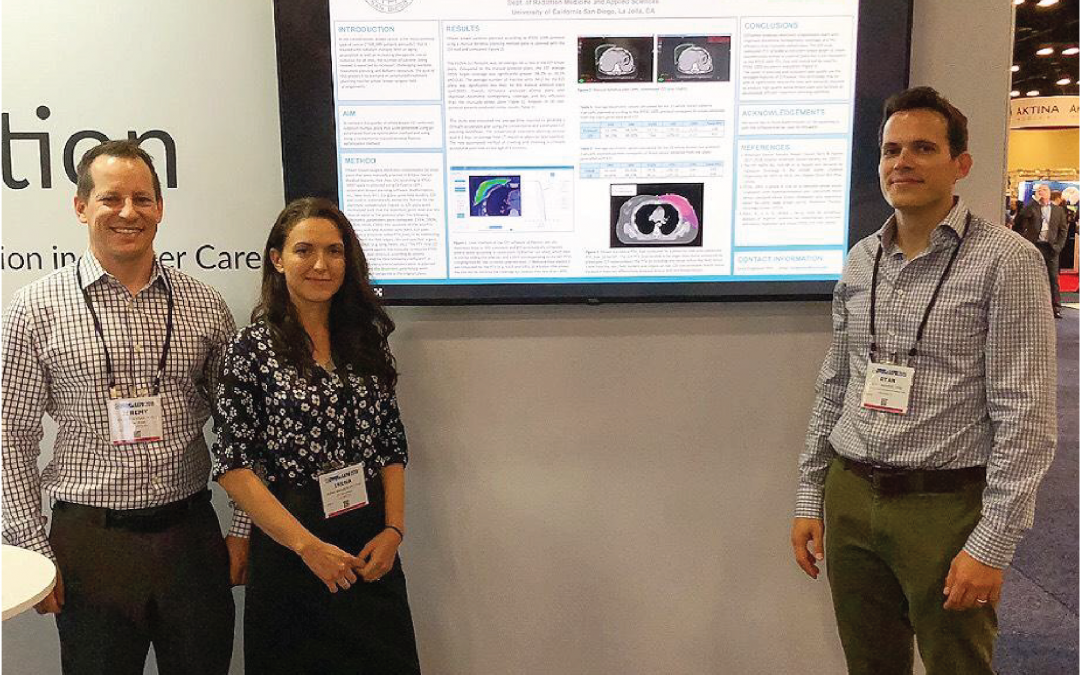 The Department of Radiation Medicine and Applied Sciences at the University of California San Diego (UCSD) conducted a study using Radformation’s EZFluence that was presented at AAPM’s 2019 Annual Meeting. The study observes the plan quality and time needed for whole breast 3D conformal radiation therapy plans when using EZFluence in comparison to the conventional manual method.

Because EZFluence is able to generate multiple plan options in less than a minute, UCSD was able to evaluate a new workflow where the physician chooses and approves a plan with the dosimetrist in one step. This new workflow removes the need for the back-and-forth process of reviewing and editing the plan over multiple days. Instant plan generation allows for a fast turnaround to approve plans.

UCSD concluded that “the speed of planning and consistent plan quality are the strongest features of EZFluence. This technology may be able to significantly reduce the time and resources required to produce high quality whole breast plans and facilitate an accelerated, efficient treatment planning workflow.”

Interested in doing a clinical project with us? Reach out for more information.